​Early on this semester we had Taylor Jefferson and Joe Matthews come to our class and talk to us about two critical aspects of sports management. These two critical aspects are marketing and logistics and the information they provided us was very helpful and gave a good understanding and insight into the behind the scenes process of sports management. Before they came and spoke with us I knew some information about marketing but did not know anything about logistics. From the marketing point of view I learned that having enough time to prepare for an event is key. Taylor informed us that with certain sports (i.e. football) he markets them weeks in advance. That is because having a buildup to an event is what gets fans to come out and support. Joe discussed the ins and outs of getting a facility ready in order to have games played. From Joe I learned about what actually takes in the Game Day Operation Center (pictured above) on football game days. The information these two guest speakers shared with us was important to learn because it puts into perspective how much work actually goes into having a sporting event here at Emory. And even though I do not plan on going into sports management after I graduate, I may have to put some of this knowledge to use one day.

​Mark Palmer, who is the Athletic Director and Head Football Coach at Patrick Henry High School, came and discussed what all goes into being an Athletic Director. Some points he touched on during his discussion were his philosophy, his responsibilities as an A.D., managing his budget, and a few other topics. I really appreciated and found everything Coach Palmer talked about to be very insightful because I had very little knowledge about the job of an Athletic Director. What I enjoyed learning from Coach Palmer was his philosophy. He mentioned that as an Athletic Director it is important for him to get administration and the coaches working under him on board with his philosophy. This allows for things to run smoothly and efficiently. He also mentioned how it is vital to have a philosophy to follow because it allows to develop your professional attitude. This was important for me to learn because I am about to graduate and go into the professional world so having a philosophy can be key to me getting a job. 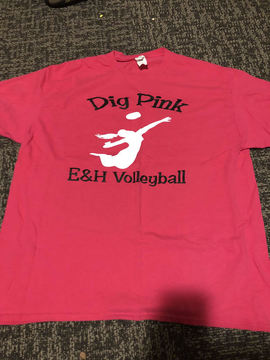 Helping organize the Dig Pink event this year was a great experience. Planning an event from scratch was both insightful and stressful, it really put into perspective how much goes into an athletic event here at Emory especially one with a theme such as Dig Pink. I would have to say preparing for the Dig Pink was the most stressful part, there were a lot of tasks that needed to be accomplished but our class size and individual schedules really didn't favor these tasks so some people had to take on multiple responsibilities which turned out not to be a big deal but it potentially could have been. Another thing I took away from Dig Pink was the importance of time management, specifically when you are ordering supplies for an event. For us this applied to the t-shirts we ordered for the game, from the outside looking in placing an order for t-shirts doesn't seem that difficult but for our class trying to determine how many shirts to order was quite difficult because we didn't know how many people were going to come to the Dig Pink game and actually by t-shirts so you pretty much had to rely on a estimate. We actually over-estimated with our order so we ended having a bunch of t-shirts leftover but factors such as not as many fans attending the game this year compared to the past and not presaling  the shirts weeks before the game contributed to this. If I had to do this experience all over again one thing I would definitely do differently is promote the game a lot more. I feel like having more promotion around and in the community would have made the turnout for the game a lot better.

Just like with the Dig Pink game my class also helped with Buzzmania this year. This event was slightly different than Dig Pink though, Dig Pink was more of a fundraiser type event while Buzzmania was more of a pep rally-type event. The main factor that Taylor Jefferson stressed with this event was promotion, usually basketball events here do pretty well in terms of audience but you can't always rely on that. The focal point of this Buzzmania was the white squad versus the blue squad which was in all the promotions such as social media and posters. This also got the fans involved because they could actually choose which team they thought was going to win and they received a wristband for whichever one they picked. I found that to be very clever,  getting fans involved usually brings in more people to your event. Overall I really liked how well this event went, for next year I would have more people on hand to with the various events throughout Buzzmania. 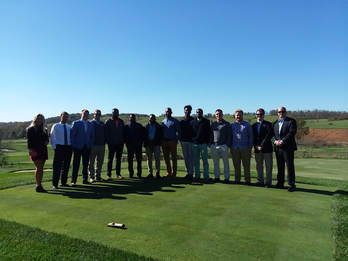 Going to The Olde Farm this semester was a really fun experience and doing this assignment really taught me a lot about professionalism. Presenting on The Olde Farm to the actual employees there was of course the most taxing part about this assignment but after doing it a couple of times I became less nervous. I would say my favorite part about this assignment was actually going to The Olde Farm and seeing the golf course in person, that was actually my first time ever being on a golf course. Also being able to talk with employees after presenting our information was good too, they shared with us what they do at The Older Farm on a daily basis and other information that wasn't on the Olde Farm website so that was very insightful. 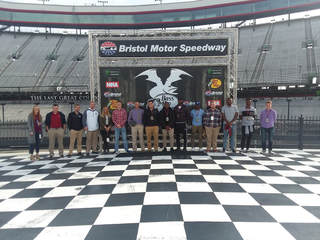 Traveling to Bristol Motor Speedway to discuss various marketing strategies was very insightful. It was interesting to found out about various ways the speedway is used for events other than races. These include concerts, football games, and even a Christmas light show. But in terms of NASCAR races Bristol is trying to increase attendance but promoting more to families and younger audiences because those are the people who will continue to come to Bristol in the future. That was probably my biggest takeaway from this discussion, the importance of promoting your product to various audiences is key especially in today's times where many people can stream the event from their living room or phone. So marketing your product in a way that makes people want to come out and attend the event is huge.

Running For My Life 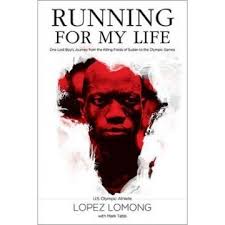 Running For My Life, a book about the life of Lopez Lomong, was definitely an eye opening experience. The book pretty much goes through Lomong's entire life in detail and as the reader I enjoyed the book a lot. My main takeaway that I got from this book was no matter how hard life gets you always must find a way to get through it because it all works out in the end. I also feel that is why read this book in our class, when it comes to sport management or any other job life can definitely seem overwhelming and make you feel like nothing is going well for you but you always have to find a way to overcome those adversities in life.